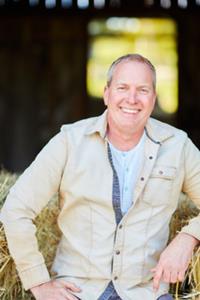 Sonoma Hills Farm, a premium craft cannabis farm and culinary garden located in Sonoma County, has appointed Aaron Keefer as vice president of cultivation and production. Keefer has been an adviser to Sonoma Hills Farm since 2018, and most recently worked as the head culinary farmer for the Thomas Keller Restaurant Group (TKRG), which includes famed 3-Michelin Star restaurant The French Laundry in Yountville, California.

Sonoma County, CA, Feb. 12, 2020 (GLOBE NEWSWIRE) — Sonoma Hills Farm, a premium craft cannabis farm and culinary garden located in Sonoma County, has appointed Aaron Keefer as vice president of cultivation and production. Keefer has been an adviser to Sonoma Hills Farm since 2018, and most recently worked as the head culinary farmer for the Thomas Keller Restaurant Group, which includes famed 3-Michelin Star restaurant The French Laundry in Yountville, California.

Sonoma Hills Farm strives to be a cultural and educational intersection of small farm cannabis and traditional agriculture. The farm will cultivate and produce world-class cannabis for people who are passionate about the plant, from discerning consumers to those in the high-end culinary and hospitality industries. Last fall, the farm was granted the first one-acre conditional use permit for a cannabis grow in Sonoma County. The first harvest is planned for late 2020.

In addition to cultivating premium cannabis derived from both classic and unique strains, Keefer will also create a smaller version of a culinary garden, with the opportunity to showcase how cannabis is synergistic with traditional farming and can be integrated into a farm-to-table lifestyle. Alongside Keefer, permaculturists and Michelin-starred chefs have already assisted the farm in designing a one-acre chef garden and fruit orchard to fully integrate the natural ecosystems of the occupied land.

“We’ve always intended to be a beacon for the industry, and to lead in bringing craft cannabis to the farm-to-table lifestyle,” said Sam Magruder, partner at Sonoma Hills Farm. “Aaron has been a valued adviser and joins at the perfect time as we ready to build our cultivation facility and work toward our first harvest. Just as a highly-tended garden produces the best crops, and a well-managed vineyard is crucial to crafting a fine wine, the best cannabis is reliant upon the people that nurture it from seed to shelf. There’s no better person to cultivate and produce this cannabis than Aaron.”

A Love of Food and Obsession with Gardening, Keefer Calls Craft Cannabis Cultivation his “Dream Job”

Keefer’s green thumb and passion for the land emerged as a young child in his grandfather’s farm in upstate New York. As a teen he entered the restaurant industry, and later graduated from the Culinary Institute of America. During this time cannabis was a passion, and he even grew his first cannabis at age 15. He moved to California and honed his kitchen skills under notable Bay Area Chefs Julian Serrano and Michael Chiarello. He subsequently became the Executive Chef at Marin Country Club and was later promoted as its Food and Beverage Director.

A serendipitous stage/internship at The French Laundry Culinary Garden rekindled his childhood love of farming. Chef Keller’s insistence on growing the most unusual and highest quality vegetables provided him the challenge to connect with botany at the highest professional level.

Within five years he was being invited to become a keynote speaker at some of the most prestigious farming conferences in the country, including the annual Seed Savers Exchange conference, The Culinary Institute of America’s Global Plant-Forward Culinary Summit, and Thomas Jefferson’s Monticello Harvest Festival. He also taught at Google’s teaching kitchen as part of their farm-to-table program. In recent years, Keefer advised 3-Michelin starred SingleThread and Saison farms, as well as launching other farm projects. With his expanding knowledge of agriculture, he returned to cultivating medical cannabis as a passion project, working with Grassroots and Apothecarium in San Francisco.

“Craft cannabis cultivation has long been on my radar as a dream job, and with the plant becoming mainstream and more accepted, I know the time is right. I’m passionate about dedicating myself, and honing my craft, to create world-class cannabis products in an environment that we are proud of,” said Keefer. “Over the past couple of years I have gotten to know the Sonoma Hills Farm team, their ethos and their mission. This venture will allow me to work on my skills at the highest level, with some of the best people in the business.”

Sonoma Hills Farm is nestled on 40-acres of naturally farmed land within some of the nation’s premier wine terroir and appellation in the Petaluma Gap.

Cannabis cultivation will be a total of one acre of land split between two locations on the property: a 28,560 sq/ft outdoor cannabis garden farmed with dry farming techniques, and a 10,000 sq/ft state-of-the-art controlled-environment agriculture (CEA) greenhouse for cannabis cultivation with an attached 5,000 sq/ft facility for indoor cultivation, plant propagation and strain development. The outdoor plot will occupy the old footprint of three large chicken barns.

The farm is designed, and will continue to be built, to exceed expectations for this type of operation, from farming methods and land preservation, to energy and water conservation. Using exceptional sustainability practices and by being good stewards of the land, the Sonoma Hills Farm team hopes to lessen the stigma against cannabis and educate the community on the promise of the plant, as well as the important role it will play in the future of small agriculture in Sonoma County.

“Done right, cannabis cultivation is a true connoisseurship not seen in many businesses other than wine, whisky, mescal, and cigars. You can taste and smell the nuances,” added Keefer. “To really succeed, hard work is what gets the results. This is what we intend to do at Sonoma Hills Farm.”