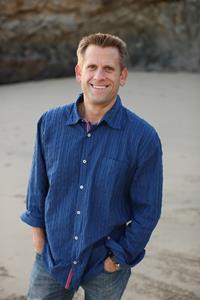 Six time Emmy Award winning creator and host of ESPN Sport Science, John Brenkus, takes first-ever internal role with a beverage brand. Brenkus so passionately believes in the science, mission and purpose behind Kill Cliff that he has come on board as Chief Brand Officer.

ATLANTA, Feb. 28, 2020 (GLOBE NEWSWIRE) — One of the most renowned and respected figures in sports is joining the powerhouse team at Kill Cliff, makers of all-natural clean energy drinks. John Brenkus jumps onboard as the company’s first-ever Chief Brand Officer.

John Brenkus is the six-time Emmy-Award winning creator, host and producer of ESPN Sport Science.  He authored The Perfection Point, which hit the best seller lists of New York Times, Wall Street Journal and USA Today.  Brenkus is a gifted director and producer of tv, film and documentaries who also created and hosted The Brink of Midnight podcast. He is a highly sought-after motivational speaker and talented musician.

With a penchant for building brands, Brenkus will reinvent the marketing role at Kill Cliff.  The way in which consumers learn about products and interact with brands is changing at an unprecedented pace.  At the forefront of this evolution stands Brenkus. He will build upon the science in Kill Cliff products and elevate the brand among athletes and consumers in exactly the way they seek to integrate brands into their lifestyle.

“John is a tremendous talent who has led advertising campaigns for some of the most dominant companies in the world,” said Kill Cliff COO and Navy SEAL Veteran, John Timar. “Through nearly two thousand episodes of Sport Science and Fight Science with major networks, John has worked extensively with top athletes to study human performance. This experience makes him an exceptional fit for Kill Cliff. John knows our customer. He knows what they need to perform at their best. And, he knows how to communicate it.”

The new role at Kill Cliff marks the first time Brenkus has ever partnered with a beverage or hydration company.  Knowing the crucial role hydration plays in athletic performance, Brenkus had not come across a drink that provided functional hydration without adding tons of junk – until he was introduced to Kill Cliff.

“Through Sport Science, I’ve seen one of every kind of product. Kill Cliff is the first energy drink I am excited to thoroughly put my full support behind,” said John Brenkus. “We have by far the best tasting beverage in this space. It’s sugar free. Nothing fake. Nothing artificial. I’m thrilled to join a team that believes in creating a healthy product that is truly awesome.”

“The recent acceleration of our business has been tremendous. Recognized as one of the 250 most disruptive brands in America and having won three Telly Awards, Kill Cliff is in the content business,” said Timar. “At its height, John’s production company was filming hundreds of hours of TV, award winning films and ground-breaking advertising campaigns. He’s won a slew of awards including six Emmys. Like Kill Cliff, John is a disruptor. He goes all-in on everything he does and has an ‘own it’ mentality. We couldn’t be happier to have him on our team.”

Just as Brenkus is constantly pushing himself closer to the brink of perfection, he will push Kill Cliff to be the leader in clean ready-to-drink beverages.

John Brenkus will be available for in-person interviews at Expo West where Kill Cliff will be sampling its drinks, including the new Kill Cliff CBD, March 4-6. Stop by booth N1905 to get the experience.

About KILL CLIFF
Founded and created by a Navy SEAL with the spirit of giving back to the community, KILL CLIFF® makes clean and delicious drinks. KILL CLIFF products deliver clean fuel for the active lifestyle, providing energy, hydration and nutrients without all the junk so many beverages have today. Kill Cliff was just voted one of the 250 most disruptive brands by IAB and is poised to make significant gains in the multi-billion dollar beverage market. Headquartered in Atlanta, the KILL CLIFF team includes civilians and accomplished military veterans and is absolutely committed to serving and supporting the Navy SEAL community. KILL CLIFF honors the dedication and sacrifice made by these warriors and their families by donating a portion of the proceeds through their Official Partnership with the Navy SEAL Foundation. Visit KillCliff.com and follow KILL CLIFF on Facebook, Twitter, YouTube, and Instagram @killcliff.

A photo accompanying this announcement is available at https://www.globenewswire.com/NewsRoom/AttachmentNg/3a794a17-c49f-4977-b5d7-6ef5e58c5fa7